Steve Pokorny is a highly sought after Catholic Speaker, Author & TV Host.  For almost 20 years, Steve has inspired audiences of all ages with his sincere, yet witty personality.  He has a vast knowledge of the Faith, as well as a strong commitment to the Gospel of Jesus Christ, as
handed down by the Magisterium of the Catholic Church.  Steve holds a Masters in Theology from Franciscan University, along with a Specialization in Catechetics.  He also has a Masters in Sacred Theology in Marriage and Family Studies from the John Paul II Institute in Washington, D.C. In 2001 Steve graduated from John Carroll University with a BA in Philosophy.  He also spent 4 years in discernment for the priesthood at Borromeo Seminary and St. Mary’s Seminary in Cleveland, Ohio.  Additionally, Steve has extensive training from the Pope Paul VI Institute and Theology of the Body Institute.  He was actually a part of the 1st graduating class to study Theology of the Body at the Head and Heart Immersion course with Christopher West back in 2004.  He has continued his studies on this rich topic over the past decade and has a gift for drawing others to experience the intimate love of God through this transformative teaching.  Steve was the Founder and Director of TOB Ministries in 2004, which evolved into Freedom Coaching in 2011, where Steve mentors clients (both men and women, Catholic & non-Catholic) one-to-one to break free permanently from a compulsion to pornography. From 2009 through 2013, Steve was the Associate Director in San Antonio's Archdiocesan Office of Marriage, Family Life & NFP. And from 2014 to 2015, he was the Director for Covenant of Love, the Alexander House program for strengthening marriages on the parish level.  Steve has been featured on TV and radio many times over the years; just to name a few:

Steve's book, Redeemed Vision: Setting the Blind Free from the
Pornified Culture, continues to receive accolades as it inspires a new vision - a "Redeemed" Vision - which truly transforms lives.  It is a comprehensive and powerful tool for those with pornography compulsion, not only providing a concrete game plan, but also helping the readers to see as God intended.  This rare and captivating book also gives practical tips to help rebuild a culture of beauty and pure love for men, women,
marriages, families, and the Church.  He also has an Amazon best seller,
"Five Myths About Porn and How to Find Freedom".

TALK TITLES (Most Popular ~ Contact VLP for Customized Titles)
Becoming the Man God Needs You to Be: The Meaning of Masculinity
Discovering Real Beauty: The Meaning of Femininity
Helping My Kid Make it Through This Crazy, Mixed Up World: A Practical Guide for Love & TOB
Rebuilding a Civilization of Life & Love
Adam & Eve’s Kids on a Date
Unveiling God’s Plan for Your Love Life
Redeemed Vision: Setting the Blind Free from the Pornified Culture 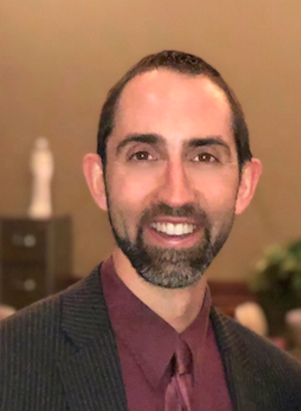 the Blind Free from

Call for your copy or to carry in-store 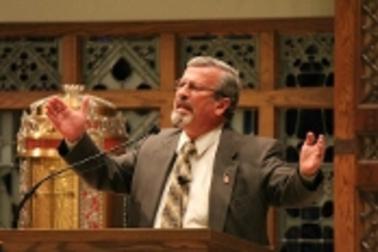 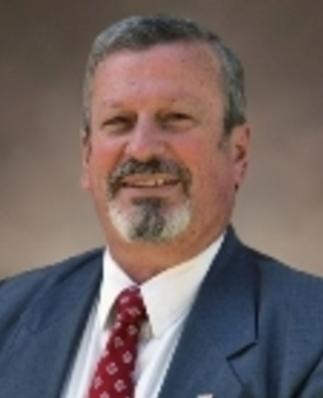 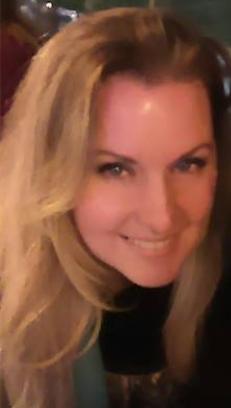 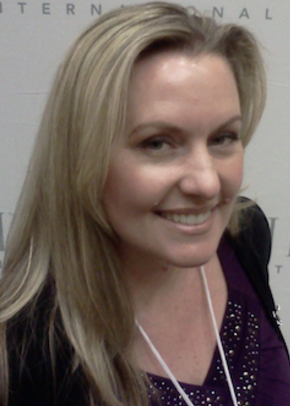 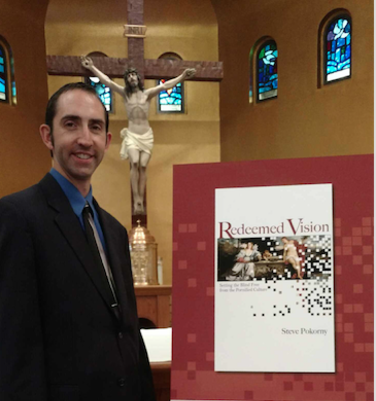 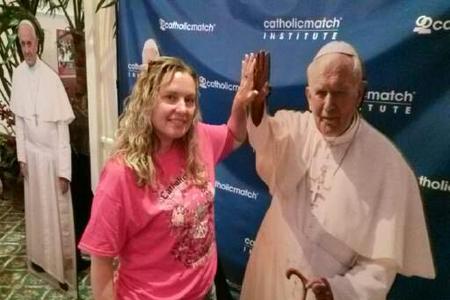 Victoria Lyn began speaking by a moving of the Holy Spirit in January of 2000, when a religion teacher at a High School repeatedly asked, "can someone from the Respect Life team come back and share a personal testimony tomorrow?"  Victoria was amazed when she heard herself say "yes", that she would come back the next day to speak to the teens.  She shared her moving testimony as a post-abortive mother and encouraged the teens toward living the virtue of chastity by allowing them to enter into the journey of her experiences as opposed to only preaching at them.  Teens are deeply inspired hearing directly from someone who has actually suffered through the consequences of "choice" by openly sharing how the grace of God redeemed her heart, mind and soul, when she surrendered her life to Christ.  "Victoria's Secrets Revealed" is a presentation of hope, healing and redemption as well as confession, commitment and chastity...all from personal experience, which captivates her audience.  Teens come away from her talks with a renewed sense of purpose and desire to save themselves for marriage, as well as a deeper appreciation for their dignity and that of their brothers and sisters in Christ.  Victoria's genuine love for the youth is transparent as she openly shares her heart and effortlessly inspires her audience toward life and purity.

In addition to the talk topics below, Victoria is available for your "fund raising" events as a speaker who presents from her own personal experiences with abortion; going from being afraid and alone to experiencing God's redeeming grace.  Victoria inspires your audience to give and give generously, as her testimony touches hearts in a unique way that allows your guests and supporters to 'see and feel' just how important it is to financially support your great works, so others are not "alone and afraid", but have your support through their financial support.  She helps your donors to realize just how critical their support truly is, so you may assist abortion-minded mothers and fathers. so they do not have to go through all Victoria (and so many other mothers and fathers) have, and so that more lives may be saved!

Since 1997, Victoria has been involved with the pro-life movement by volunteering at crisis pregnancy centers, sidewalk counseling outside abortion clinics and mentoring single mother's.  After 9-11, she answered the call to full time pro-life missionary work, moving from Miami, FL to Atlanta, GA to work with Women 4 Women ministries for two years.  She answered an abortion hotline and ministered to mother's in crisis pregnancies, helping them choose life by lovingly sharing the truth and concretely providing the real support that was needed for these women to choose life.  In 2003, Victoria had the honor of having a baby named after her, though originally scheduled for abortion.

In 2002 and 2003, Victoria spoke at the Atlanta capitol as a part of 'Together for Life' and the 'Silent No More' campaign.  In 2003, Victoria's presentation and testimony to St. Michael's Lifeteen group was voted the "best talk of the year".  In 2004, Victoria was part of the first graduating class of Christopher West's Summer Institute studying The Theology of the Body and incorporates these beautiful teachings from St John Paul II into her talks.  In 2005, once again, she was one of just a handful of women who shared their testimonies in Dallas, where Roe v Wade was passed, as part of the 'Silent No More' campaign.

Talk Titles:
1) "Victoria's Secrets Revealed"- Victoria encourages her audience to save the gift of themselves for marriage by sharing her personal testimony as a post-abortive mother in this captivating and life changing presentation.

2) "Soldiers for Life"- An interactive presentation to learn how to defend life.  Victoria tackles the lies and confusion about "choice", while enlightening the audience on the latest strategy of "personhood"; includes role playing as well as the Silent No More video.

3) "How to Radiate and Reflect Real Beauty" (Girls Only): - This talk is a heart to heart presentation that includes modesty, chastity, body image, virtue and the many challenges facing our teen girls today.  Victoria shares reflections from the Rosary and how Mary is our model of true femininity and grace.  Teen girls appreciate and applaud this refreshing look at what it means to be a woman of God and reflect real beauty in a world with so many counterfeits.  For ages 13-18+.

Raymond de Souza, KHS, KM is Brazilian by birth, Catholic by grace and now an American citizen. He is the Delegate for International Missions for Human Life International – HLI - and regularly travels to countries in all continents refuting the culture of death and promoting the Gospel of Life.  In the last quarter century, Raymond has distinguished himself as an international lay Catholic Apologist – broadcaster – Pro-Life activist – Catholic Action militant, addressing audiences in thirty-eight countries of the six continents to "re-evangelize the baptized".  Raymond has hosted three Apologetics series on EWTN.  He speaks with profound knowledge on a wide variety of topics from pro-life and Apologetics to defending the faith to developing a deeper relationship with Christ.  He is an outstanding speaker who will enlighten and inspire your audience.  Within the ranks of today's Catholic Apologists, there are some who defend the Faith in more than one language.  Raymond defends it in four: English, Spanish, French and Portuguese, plus having conversation ability in Italian and Afrikaans.  He puts Logic at the service of the Faith, blending wit, history and humor in a unique and riveting style.  A speaker of international renown, Raymond has given more than 3,000 talks on Catholic apologetics, Pro-Life and related topics in person, on radio and television.  In a four DVD set comprising a series of 13 presentations made at the Eternal Word Television Network (EWTN), Raymond investigates the problem of choosing between good and evil, and illustrates his addresses with a vast array of concrete examples. The role of the State, society, the individual and the Bible are clearly analyzed in the light of Logic, Natural Law and the Magisterium of the Church; A MUST for parents, teachers and youth leaders.  In his second series on EWTN he takes the Gospels as historical documents to investigate the Divinity of Jesus Christ to refute secularism, agnosticism and Islam. A unique study for anyone interested in evangelization in a secular society such as ours.  In his third series on EWTN he elaborates on the Twelve Promises of the Sacred Heart, which inspires everyone to have a closer relationship with Jesus in His Sacred Heart.  In 2002 Raymond was the recipient of the pro-life Award 'Initiatives for Life" granted by the London-based International Alliance of Catholic Knights, in recognition of his many initiatives in defense of the Right to Life in various countries.

He is a Knight of Magistral Grace of the Sovereign and Military Order of Malta and of the Equestrian Order of the Holy Sepulcher of Jerusalem. He writes weekly articles for the national Catholic weekly ‘The Wanderer’.